The central event of the second day of the Asgardia’s First Space Science and Investment Congress was the awarding by the Head of the Nation of the first laureates of the national award of Asgardia. Gold medals were awarded to Canadian astronaut and scientist Robert Thirsk, Belgian scientist Michel Gillon and famous Russian organizer of large-scale scientific projects Mark Belakovskiy

The decision to award these three persons for their significant input in space research and exploration was announced on September 19 this year when the Head of Nation issued Decree №37. And today, the official ceremony took place. Asgardian Ministers Lena De Winne and Floris Wuyts introduced the awardees, who proceeded to the stage where Igor Ashurbeyli handed them medals and diplomas. 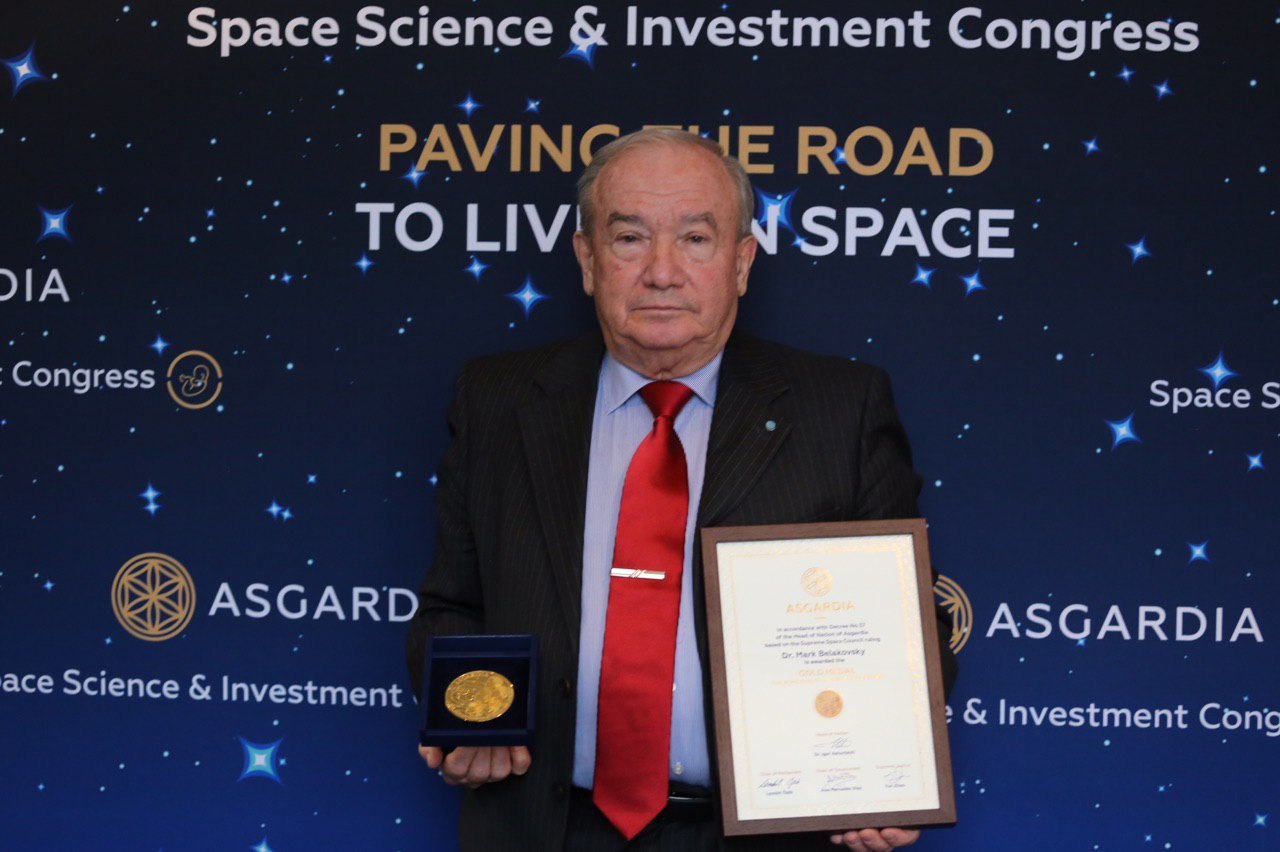 'Your excellency, ladies and gentlemen, dear colleges! The decision of the Supreme Space Council of Asgardia regarding the award of the gold medal to me, and you would understand my feelings, came as a surprise,' stated Belakovsky. 'I am grateful for the high appreciation of my modest work for the benefit of space medicine. I’m proud and satisfied that the broad scientific community is aware of the great achievements of the Institute of the Biomedical Problems in Moscow. I am very grateful to the highly professional community for the high appreciation of our activities in space biology and medicine.' 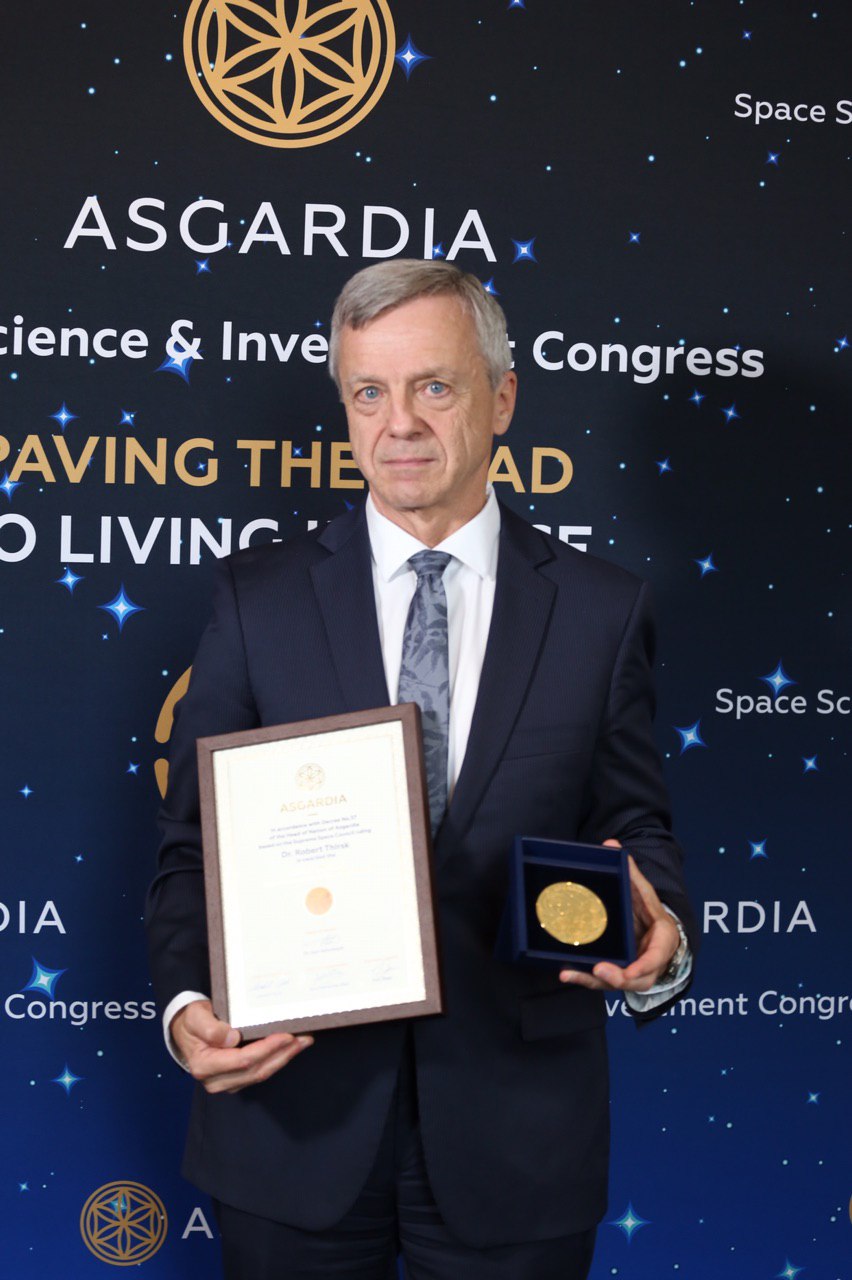 Then award was handed to Bob Thirsk.

'It’s a great honor to receive this award from Asgardia’s community,' Thirsk said. 'Thank you very much. When I was initially informed, several weeks ago, that I was to receive this, I told my nominator, I said that ‘You know, I don’t think I’m worthy, there are many other people, in fact many people in this room today, who have had equal achievements, taking equal risk, invested equal amount of their time, and have a longer track record than I have. I do enjoy playing on the world stage, I think one thing I can say is that with you, with Asgardia's community, with many other people in the world, we do have a common vision and it is that we should extend the human capability of people in space, and we should always be working out of our comfort zone. Everything I’ve done in my career, everything I’ve done in my life it’s staying out of my comfort zone, once I’ve mastered something, try and take it to the next level. So if that is what you are recognizing today, thank you for that.' 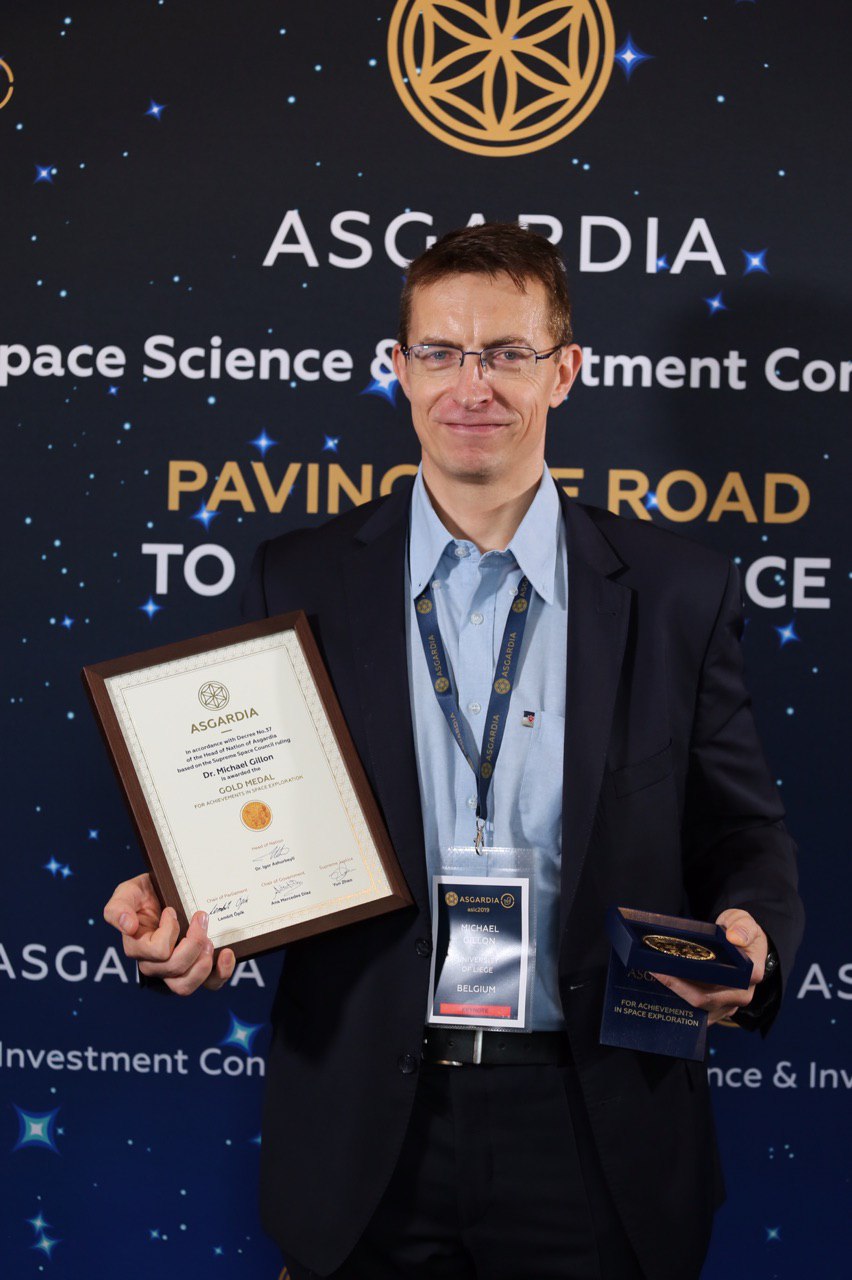 The third awardee, Michel Gillon, said that it’s really something important to him because, as the initiative of Asgardia, he strongly believes that future of humankind is in space.

'And as a hunter of other worlds orbiting other stars, I tend to believe that at some point we will reach these stars, and we will do more than detecting them remotely and instead of studying them remotely, we will go there. But in the meantime we have to be less ambitious and start expanding in our Solar System. I think it’s part of our DNA, we have totally explored the Earth, and we have new challenges, and space is a next challenge. And so I totally support the Asgardia initiative and I share the same views, so I feel very honored of this award,' Gillon concluded.