On June 25, 2018 a solemn inauguration of the Head of Nation, Dr. Igor Ashurbeyli, took place at Hofburg Imperial Palace in Vienna, Austria. Ambassadors, representatives of prominent public organizations associated with the UN, Asgardia’s Parliament members, astronauts, heads of space organizations, scientists, lawyers and international mass media representatives were among the guests from over 40 countries who attended the event

Lembit Ӧpik, Asgardia’s Chair of Parliament and a former member of the National Assembly for Wales and the British Parliament, and Dr. Yun Zhao, Asgardia’s Supreme Justice, a world-famous Space Law specialist and Dean of the Law School at the University of Hong Kong conducted the inauguration ceremony. 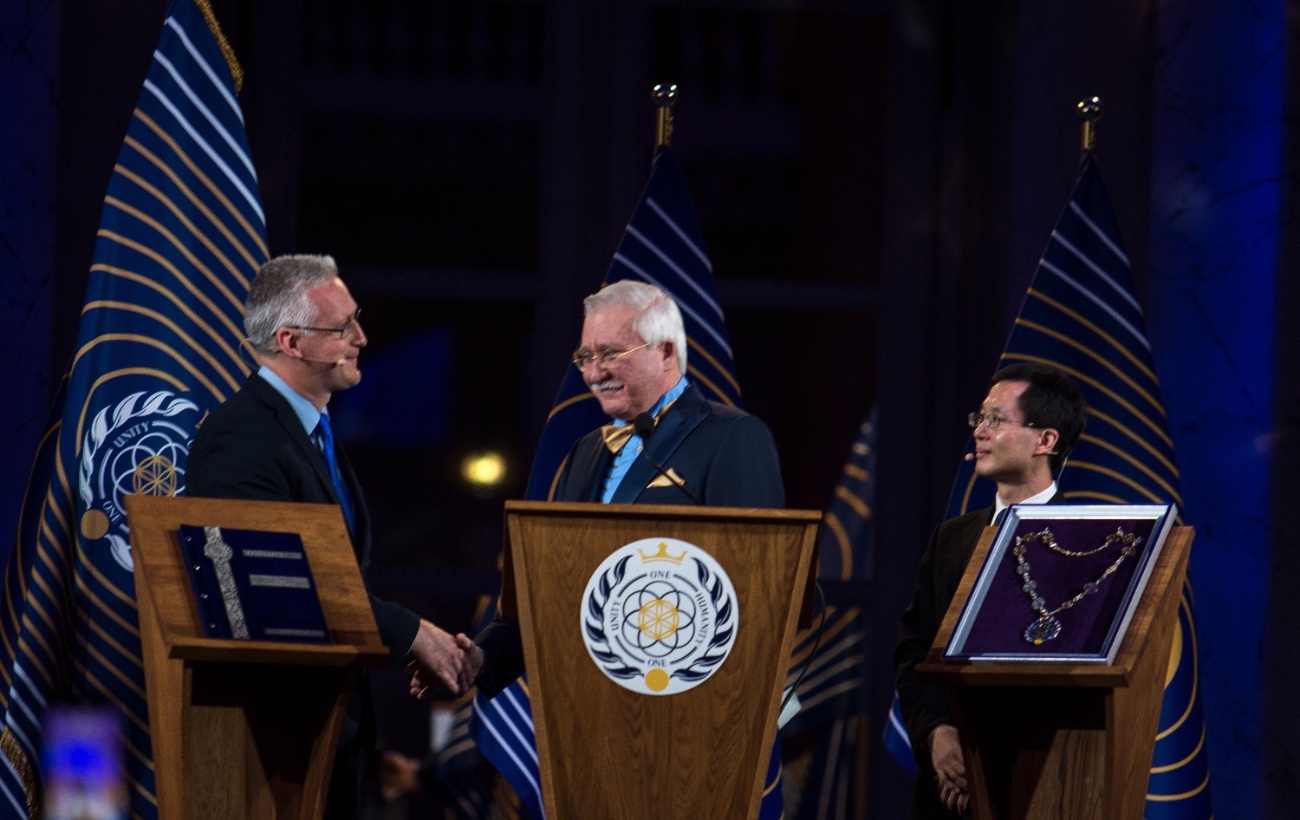 After pledging allegiance, Dr. Ashurbeyli named Asgardia’s main goal: to create space Arks perfectly suitable for full-fledged life and a permanently inhabited base on the Moon. 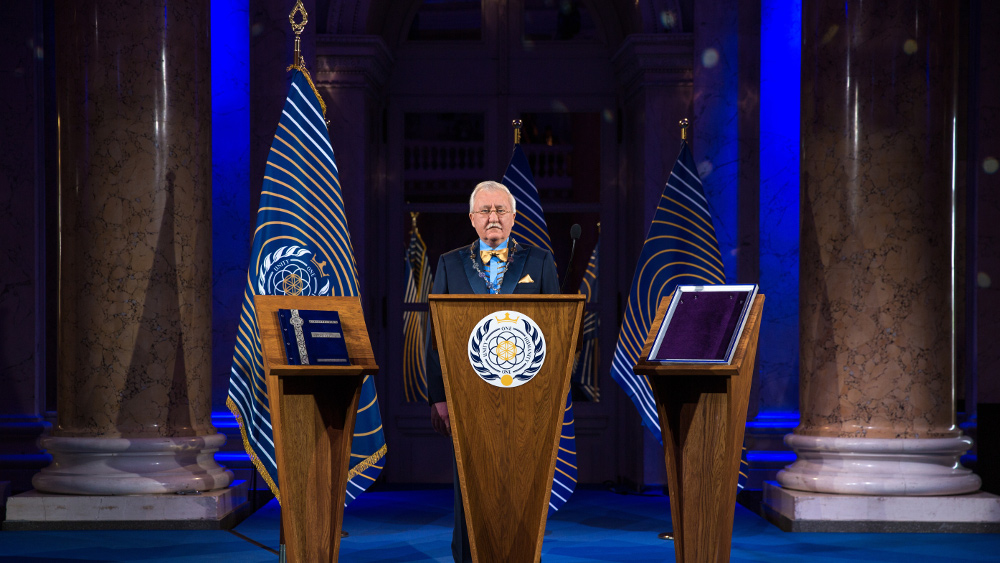 “It has been a year since that wonderful and solemn event of our inauguration on June 25th at the Hofburg Palace in Vienna took place, a majestic venue full of history in which we started our own one.

It was an extraordinary event, exquisitely elegant and solemn, yet, full of details that provided the perfect touch of warmth and humanity.

During the event, I was filled with a mixture of unexpected emotions, marked by the surprise of the magnanimous, the admiration of the sublime, the fineness of beauty, happiness for the grand and the fear for the unprecedented and unknown of the invention that was just being born before my eyes and the eyes of the world and that I was to lead, under the direction of the Head of the Nation Igor Ashurbeyli.

Undoubtedly, the balance has been positive. We have overcome innumerable obstacles and today, a year later, we’re showing ourselves to the world as we are: the first Space Nation, with all the necessary requirements met.

I can affirm after all this time that June 25th, 2018 was and will always be one of the happiest days of my life which marked the beginning of an exceptional stage full of beautiful and insuperably unforgettable experiences of which I still have many satisfactions to harvest.”

“The inauguration of Head of Nation was one of the brightest and most memorable moments in my business life and an unforgettable, perfectly arranged show. Dr. Igor Ashurbeyli’s speech attracted a lot of interest among those who were present and infused a feeling of unlimited opportunities for putting his ideas into life. No doubt, this remarkable day will have an impact on the path humanity is taking.”

Ms. Yana Smelyansky, Minister of Equity and Resources of Asgardia

“The same expression “a Hofburg Imperial Palace inauguration” sounds like a title of a new sci-fi book. Then you realize: this is about Dr. Igor Ashurbeyli, a scientist and an entrepreneur whose ancestors were erecting churches, building schools and hospitals and enlightening Azerbaijan. And 5 years ago, he reconstructed an old church in the village of Khirino, his maternal grandfather’s home. I admit the fact that everyone knows how important Dr. Ashurbeyli is.

If we talk about last year’s event in Vienna, it was incredibly majestic, yet, touching and sincere. When children from all over the world were singing Asgardia’s hymn, the audience stood up to give them a storm of applause. There is a video showing people moved by every single word. And then there was a concert with 12 performers, the best opera singers and classical music virtuosos being among them.

This is when the first internal Parliament session took place: all the Parliament members present met each other during the election campaign and got a chance to talk to each other in person. It turned out, we have so much in common! Love to people, dreams about space, tolerance and respect to both culture and traditions of different nations.”

"Arriving at the conference venue in Vienna in June 2018 was a taste of things to come. It was late evening but all tiredness evaporated when meeting face to face, for the first time, all those Asgardians I had been chatting to on the web over the years: it was elating to talk and interact with those great people who were making this all possible.

The conference itself was pure hard work, gruelling and needing great concentration due to the quantity of documents, votes and primary legislation that our new space nation had to pass to become fully functioning. Everyone played their part, but there was a figure constantly present throughout, giving advice and leadership, our Head of Nation: Dr. Igor Ashurbeyli. This culminated on 25th June, 2018 with Dr. Ashurbeyli being inaugurated as our very first Head of Nation during a proud day of joy and celebration."

“Dreams and emotions that Head of Nation has written on the route of his life and today are reality. Dr. Igor Ashurbeyli first undertook this trip alone, then with his family, but today, he has a great community by his side, and together we will continue the construction of projects very important for the future of humanity above and outside of the Earth.

Dr. Igor Ashurbeyli has brought together the best skills and, above all, lovable people who are already building a new and truly special world.

Nowwe will continue the route together, and the culture will give great support to this amazing project. I am honored to be part of this great Nation. Now, we have to build the future together.”

“It's been a year of great achievement. But much more is still to come!”