In November 2017, Asgardians watched intently as an NSL 2U FastBus CubeSat weighing 2.8kg and carrying the information of the Nation’s citizens and its national symbols was launched from NASA’s Wallopps Flight Facility in Virginia, laying the groundwork for Asgardia's future satellite constellation. The Symbolic home of Asgardia was being shuttled into space aboard the Cygnus Craft which had been tasked to dock with the International Space Station.

Head of Nation Dr. Igor Ashurbeyli and other key officials from Asgardia attended the launch in person to watch the rocket launch and Asgardians turned in to watch the live broadcast from their homes all around the globe.

After a successful launch and after docking with the station, the rocket boosted to a higher orbit and deployed its payload of satellites, among them, Asgardia-1 which is inserted into a near-circular orbit at 500km and an inclination of 51.6 degrees from the equator. 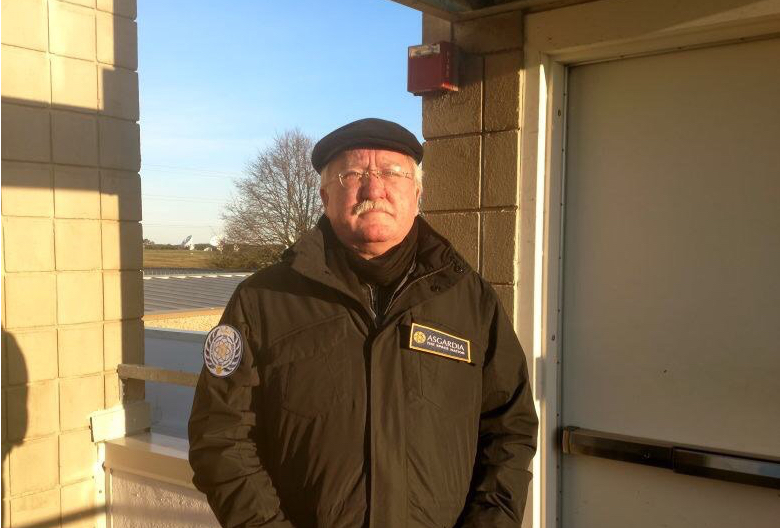 Asgardia's Head of Nation, Dr Igor Ashurbeyli waiting for the launch of Asgardia-1

The success of this operation was a pivotal moment for the Nation, it was a clear sign that together, Asgardia can achieve its goals and one day reach the stars.

After successfully deploying, Asgardia-1 unfolded it’s four solar arrays and set to it’s first task of communicating with us down here on earth and sent it’s first message: “Hello, Igor”. With this, the Nation knew that the satellite deployment went well and that it was fully operational.

The satellite will travel around the earth at a velocity of around seven to eight kilometres a second which means that it will circle the earth around sixteen times every day. Asgardia-1 communicates with earth by transmitting to satellites in Low Earth Orbit (LEO) which then send signals to ground stations.

Asgardia-1 isn’t just our symbolic home, it also carries the spirit of our scientifically minded Nation by collecting data including; temperature, voltage, battery condition, altitude, global positioning, speed / velocity and radiation dosing and is helping to determine the viability of long-term digital storage under the conditions of space radiation.

Asgardia-1 will be able to remain in space for around four to six years before gradually falling back down to earth and burning up in the atmosphere – this hard-working little satellite will have successfully paved the way for Asgardia-2 to take its place and maintain our symbolic home in space.

Of course, a lot has happened in Asgardia since the launch of Asgardia-1, but on its Anniversary people will remember that first glimpse of a future Asgardia where our new Nation reaching up to the stars and showing the world that this wasn’t just a dream, but a serious and focussed movement.

Since its launch, Asgardians have sent thousands of files up into space including poetry, pictures of themselves and their loved ones, art and music. If you want to become a part of history and send something into space, you can register to become an Asgardian.