This day will certainly be recorded in the annals of the greatest events in the history of humankind.

Just twenty months have passed since the announcement was made of the creation Asgardia. It is no longer just an idea, on the contrary, now there are some 200,000 Asgardians in more than 200 countries of the world; we have our own territory on the Asgardia-I satellite, a Constitution, a flag, an anthem, a coat of arms and our own calendar. The Parliament has been elected as well as its Speaker, the Chief Justice and acting Prime Minister have been appointed. The elected Head of Nation has just been inaugurated. We have thus established all branches of government. I can therefore declare with confidence that Asgardia – the first space nation of the united humankind – has been born. 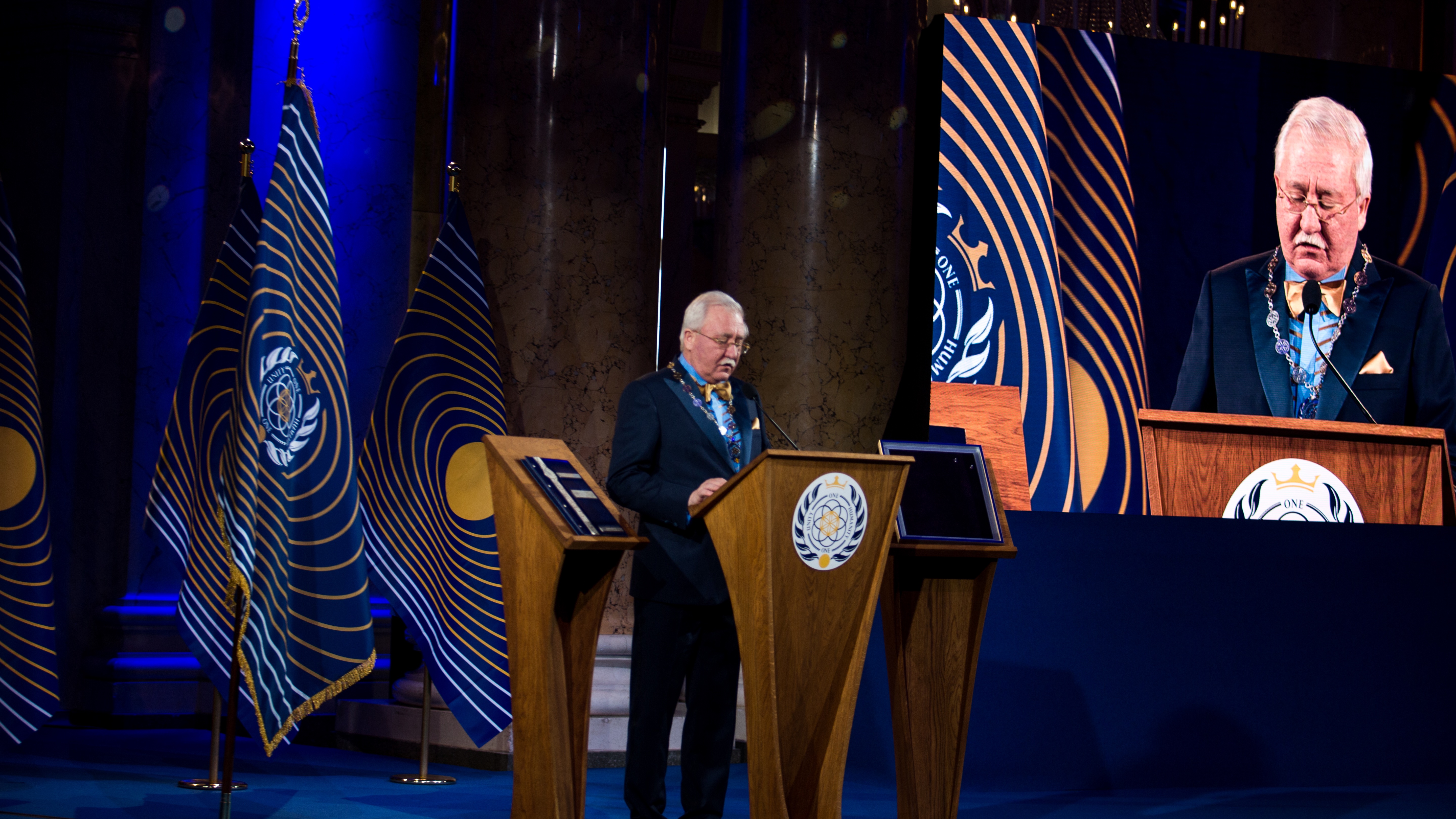 No matter what happens in the future, the greatness of this very first moment will never be forgotten.

In the next few months we will need to form the Cabinet of Ministers and elect Heads of Parliamentary Committees and members of the Court. We will also need to assemble the Prosecutor General’s Office, the National Audit Office and the Supreme Space Council and complete recruitment for the Administration of the Head of Nation.

Other important milestones will be the establishment of the National Bank and the introduction of a national currency. All of this needs to be completed by the end of the year. This is truly space velocity.

Asgardia’s mission for the timeframe of the next 25 years is to make significant progress in the following three strategic areas:

So, firstly, in the area of science and engineering:

Asgardia will build an infrastructure that is independent from ground-based systems on Earth. Asgardians will carry hand-held devices with integrated passports, credit cards and conventional smartphones. A network of low Earth-orbit satellites will be deployed delivering global Internet coverage. Core satellites will be placed on high Earth orbit providing a full range of digital state services to Asgardian citizens and businesses, as well as free access to space technologies for earthlings, regardless of their nationality on Earth, and how advanced their nations are in terms of technology and economy. Space arks will be deployed providing permanent residence to humans in outer space in an environment of artificial gravity and protection from space radiation, thus enabling human reproduction. Asgardia will possess a space fleet to defend humanity and Planet Earth from threats emanating from outer space. Satellites will orbit the Moon and stationary settlements will be established on both the Moon’s orbit and its surface. 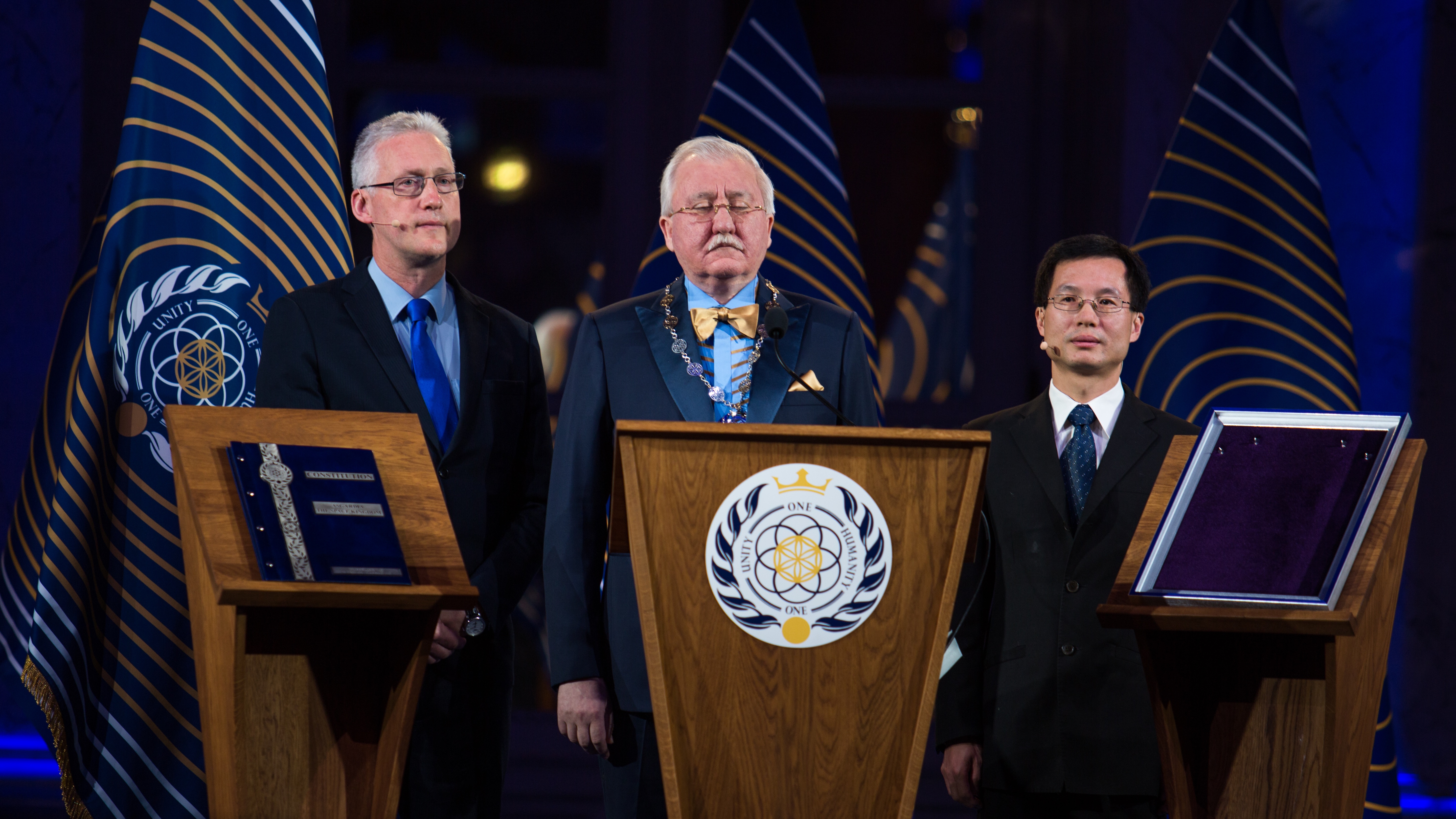 Asgardia will achieve recognition as an independent space state by means of bilateral agreements with as many states on Earth as possible, as well as accession to international organizations, both intergovernmental and non-governmental, on Earth, and ultimately to the United Nations. It will open its presences or embassies on all continents. The population of Asgardia will grow to comprise 2% [per cent] of the most creative individuals on Earth, which is equivalent to approximately 150 million people, making Asgardia one of the twelve largest countries in terms of population and one of the top twelve economies on Earth. However, the economy of Asgardia will focus specifically and exclusively on delivering value and well-being to its citizens, protecting its national sovereignty and pursuing its science and technology space program.

And finally, in terms of Asgardia’s philosophy, ideology and space politics:

Unfortunately, the entire history of civilization on Earth has demonstrated that humanity continues to move in a perpetual spiral of bloody wars and competition for territory and resources and cannot break out of this vicious circle. The seemingly neutral term ‘geopolitics’ is applied to describe this, but in reality the fundamental principle of geopolitics is that ‘might is right’, while ‘might’ is based on advanced weaponry and control of resources. Outer space may well suffer the same future. However, by uniting in Asgardia, the progressive part of humanity can offer the whole civilization on Earth an alternative by replacing geopolitics with space politics and thereby open up a path to a new spiral of development. Outer space is endless and space exploration will give homo sapiens an opportunity to become immortal as a species. Not by means of an endless arms race, but through an infinite expansion of the human race into the Universe, where there is enough room for everybody.

In conclusion, I want to underscore that Asgardia is a truly avant-garde, technocratic and futuristic state. But we call it a space kingdom. Because, first and foremost, Asgardia is a reflection of humanity’s beautiful and ancient dream of a divine and peaceful land in Heaven, a place that people have always striven so ardently to reach. A place where there is no pain or hatred, just love and joy. Is not this romantic vision of the free human spirit more important than the pragmatism of our entire world on Earth? Isn’t it beautiful?

Of course, we are not the best. But we are the future!

I hug each and every one of you!